Why Is Prototyping Essential To The Design Process

What are prototypes? A simulation of the product you’re aiming at. Prototyping may not yield the most beautiful results at first, but it should help you see whether this thing works. So it should probably look something like this:

And here’s a few reasons why you should do it.

Prototyping is a quicker way to get results – the real design takes much more time to develop and adapt to changes that emerge during the process. Even rapid paper prototyping has proven useful as you may go through several prototypes in a matter of only one week. Take Mozilla’s Support Website for example – they managed to progress through 7 versions in only 2 weeks. How? By skipping coding and solving UX first.

Design is getting more and more complex. Maintaining focus on key results in these circumstances is essential. Prototype is about validating your concept, not small-scale details. This is helping you gather valuable insights and move to the next phase. If you’re into rapid prototyping, focus becomes even more important. And that should be putting the user in the centre of your process. 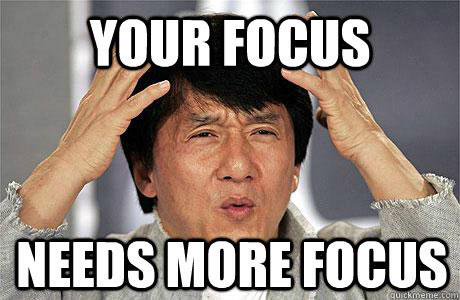 Essential To Quick Development Of MVP

If you are trying to get an MVP sooner rather than later, prototyping will help you deliver. You’ll be able to edit screens quicker and get what it takes to build the MVP.
The decision whether you should use a lo-fi prototype or a high fidelity one depends on the scope of the project, budget you’re on and the amount of interactive elements. Don’t get too attached to certain solutions! It’s the MVP that’s going to the market, while the prototype is just a mule.

You Can Scrape It Easily

You don’t want any load early in the process. If a screen is unnecessary or you got it completely wrong the first time, it’s easy to toss it away. Lo-fi prototypes can even be drawn on a piece of paper, so they might be redone in a matter of minutes.
Just don’t forget to recycle.

You’re creating a solution that will prove great for the client, so everything that helps get early feedback and direction is useful. It prevents you from getting carried away and follow their vision closely from the start.
What’s more, it offers an opportunity for user testing so that your hypothesis may be challenged in time. Whether it’s the main menu items ordering or CTA click rates, prototyping allows for a lot of data gathering before the first line of code is written, and that’s great from both organizational and financial aspects.

It Gets You Funded

Prototypes help potential investors grasp what you’re on about and get you the initial investment that moves you to the next phase. High fidelity prototypes in particular prove you’ve invested a substantial amount of time and effort in the project.
According to Entrepreneur, prototyping is great for investors for the following 5 reasons: they create an emotional connection, they are expected to be there if you’re serious, it helps investors understand where you are in the process, allows for feedback and exposes your weak points. The latter is important as it’s sorting weak points that you need funding for!

No more links leading nowhere, no more undefined buttons and menus. Although most of these will be avoided with the initial wireframe, prototyping helps test the concept thoroughly and spot mistakes before the development kicks in.
User testing might bring unexpected results due to the nature of human behaviour. Prototyping takes that into consideration, validating initial assumptions and preventing expensive mistakes.

Better Insight In The UX

If the user testing has been done well, you’ll know whether you’re on the right track with the UX. You’ll have insight in how users see the product and its operating logic, whether they recognize CTAs and so on. Prototyping should primarily serve the goal of UX testing, and it’s an ideal tool to do so because it’s flexible and robust.
Sometimes it’s only one part of your project that needs testing, build the prototype for that part only to maintain focus and reduce costs. This will happen when you’re working on an existing solution. Don’t hesitate to reduce the level of fidelity or go through multiple iterations. User is your most valid asset.

Client Gets More Involved In The Process

If you’re building the product for a client, prototyping is a great way to include them in the process from the very beginning. What’s important is to set expectations first – the prototype is not the end product. Although it possesses a good degree of interactivity, it’s not yet coded nor does it have the visual impact of the market-ready product.
Lastly, educate the client before the start of the process. Include explanations and comments to your prototypes so the client understand what they’re seeing. Set expectations and communicate value clearly to improve mutual understanding and create quality relationships. And that’s what every business should be about.

Our honest opinion about the Interaction Design Foundation